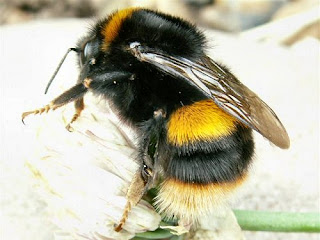 Tiny URL for this page

Links to multiple articles about bees and honey

The Vegan Society's article about the honey industry.
Peta's stance on whether vegans can eat honey.
Synopsis of the movie "The Vanishing of the Bees"
The problems of beekeeping - by a non-vegan beekeeper!
Plant-Based News article "Can Vegans Eat Honey"
Vegetus' information about why honey isn't vegan
Emily - Bite Size Vegan has a YouTube info film about bees
A facebook video showing how bees are treated during honey production
An article about the long-term suffering of the pollinators
No honey bees in this permaculture orchard
Vegan Fallacy page about honey
Elaine's document about bees
Keeping honeybees doesn't save bees or the environment
First 21 days of a bees life TED talk
How to Help Bees
Earthling Ed's Honey Bee video
The Live Kindly website article on bees concludes...

"Furthermore, anything involving creatures that humans cannot communicate with is always going to come with issues. Bees, like most other species, don’t listen to humans and we cannot reason with them or work alongside them; this puts the honey production saga into a dictatorial position with humans being the controlling force over the bees and interfering with their natural processes. Subsequently, this makes honey production exploitation of non-human creatures. The risk of bee casualty and injury is very high, from human interference and from the bees' natural defence instincts which make them lose their stingers."

The clearest reasons against keeping bees for honey
It isn't like there are not any alternatives!

Sweeteners which do not exploit any creatures are available in all shapes and sizes;
Date syrup and molasses are shown to be the most healthy; unhealthier options include; rice syrup, coconut honey/sugar, agave nectar, and maple syrup to name but a few. Nobody in their right mind should be using, or recommending, processed sugars!

We really don't need any of these sweeteners within an optimal whole food plant-based vegan diet!


The Ecology of the Honeybee...


"Recently I saw an article on a honey farm whose hives had been vandalized causing all the bees to be killed and the business $60k worth of losses... poor bees.. but not poor bee slavers! What really surprised me was the number of ignorant people who actually believe they are doing some kind of worthy service to honey bees by supporting such unethical honey stealing, bee slaving, and environment destroying a business.

Yes, the environment destroying businesses. Bred HONEY bees shouldn't pollinate.  Honey bees are NOT the best pollinators and they ruin it for all other pollinators.

"Honeybees steal pollen and nectar from other pollinators, but honeybees are not necessarily the best pollinators in natural ecosystems. Bees wet the pollen with saliva making it less likely to be transferred to a plant. They also travel to many different types of plants so the pollen doesn't necessarily get to the right plant (Buchmann & Nabham 62).

Loss of the native pollinators would be bad because honeybees only pollinate 16-22% of all wild plants needing pollination (Roubik 169). In addition to the threat from the honeybees, native pollinators are in decline due to habitat destruction and fragmentation, chemical farming, mono-cropping, and insecticides, all of which only exacerbate the competition with honeybees"

Honey bees / Apis mellifera will not go extinct, and the species is not remotely threatened with extinction, but because of honey production. ALL other bees are close to extinction. Honey bees are factory farmed much like cows are, and it is because people support such unethical businesses as the one that was 'vandalized' that bees will continue to suffer horrendously for the fucking honey industry."

The full article on this page is very interesting.


Why Vegans Don't Eat Honey
"Some well-meaning beekeepers will say that they leave plenty of honey for the bees, the truth is bees don't make "surplus" honey. The hive determines the amount of honey needed. Bees use honey either as food or to build the honeycomb for the queen to lay eggs. There is no excess. If there was "surplus" honey, a new colony would split off.
The bees work excessively hard to produce honey when the hive is below the determined amount. Bees suffer from exhaustion and die early deaths in their attempt to produce sufficient honey for the hive.
Most of the honey bees are workers and they are female. It takes 21 days for a bee to develop from an egg to an adult worker. As an adult, they live from 1-4 months. In college I supported a graduate student who was studying bees. Over two years of research he found that the bees lived roughly (or at least) a month less in the colonies where honey was taken and that those bees rested significantly less than in the colonies where honey was not removed.
Even taking small amounts of honey leads to their suffering and death.
Bees do not make excess honey. As I already said, if there was "surplus" honey, a new colony would split off. So by taking honey, you are preventing increases in bee population. Honey consumption is a significant factor in the decline of bee populations.
During a bee’s lifetime, she will only make approximately one teaspoon of honey, which is essential to the hive for times when nectar is scarce, such as during winter. Honey is food for the bees when the temperatures freeze. Honey bees remain active all winter long (unlike many other species of wasps and bees), despite the freezing temperatures and lack of flowers on which to forage. The honey bee colony's ability to survive the winter depends on their food stores. Keeping warm takes energy in the form of honey. If the colony runs short of honey, the bees will freeze to death before spring.
Some bees are killed every time the beekeeper smokes the bees out of their hive and takes their honey. Very careful small scale beekeepers might say they have learned how to avoid killing bees when they remove the honey, but most beekeepers do kill some every time.
Large scale beekeepers don't care about killing bees and many die.
Beekeepers (even small-scale backyard beekeepers) will kill the queens if they feel the hive is in danger of swarming (fleeing their file cabinet shaped homes) or kill drones (males) that they deem unnecessary to honey production.
Many large scale operations kill off the entire bee colony every winter because it is less expensive to start over in the spring than it is to maintain a healthy colony through the winter. (The colony can’t survive let alone remain healthy without honey.)
These unnecessary deaths are a reason to boycott honey; even if no bees were killed during honey collection, the exploitation of the bees would be reason enough.
How honey is produced:
Another thing to think about while you sit by your beeswax candle or cover your lips in beeswax lip balm is that bees must consume approximately eight pounds of honey to produce each pound of wax! And the more we take from them (bee pollen, royal jelly, propolis) the harder bees must work…
We've been tricked into believing that honey is simply a byproduct of the essential pollination provided by farmed honeybees. Honey is not for us and is not a byproduct. The bees that starve to death during the winter needed that honey you just put in your tea.
The lives of bees are complex: they feel pain, they dance to communicate, collectively make hive decisions, and they pollinate our food. We should be grateful for all they do willingly and ask no more.
Even the smallest of creatures deserve the right to live their lives free from being part of a production line.
_________________________________________

The Naturally Vegan Plot and bees


It has actually been scientifically proven to be harmful to us. Taking it from hives is most definitely harmful to the bees. Keeping, breeding, and manipulating numbers of honeybees (who are not a native species) is also detrimental, and threatening, to the health and population of our native pollinators. A diversity of pollinators are needed for healthy biodiversity in our ecosystems, we lose this through overpopulation of an unnatural species. Honeybees are, much like other domesticated animals, selectively bred and artificially inseminated. They are forcibly controlled to be a certain species, have certain desired traits, they also have inherent diseases. It is similar to genetic modification, identical veg, or fruit that can't self-seed or mutate.  This "all our apples in one basket" idea threatens to wipe out many species, including honeybees, which will leave us with low diversity with few or no pollinators.


As well as being artificially inseminated they are controlled so that the swarms don't multiply and break off to form new swarms. Bees are killed and injured, sometimes their wings are clipped.


We don't need sweetener, certainly not with all these high risks, the costs are not worth it.


Honey is food for bees. They make it for themselves for hard times when they need it. Who are we to say they made too much or that it is okay to raid their homes and take it from them, regardless of the impact it has. The true impact that we can never really know. They are complex social animals, we can never know the emotional and psychological problems that we might be causing to them and their physical and emotional health in the short, medium and long term by raiding their homes, stealing their food and replacing it with substandard sugars that we don't want to eat ourselves.


Pollinators are struggling enough with the loss of habitat, climate collapse, colony collapse, loss of biodiversity, fake sugars from factories such as sweets and antifreeze getting into their food chain, herbicides, pesticides, insecticides and other chemicals threatening them without us manipulating them for profit and our personal gain too.


Honey is for bees, not for humans, we would all benefit from leaving the bees be.