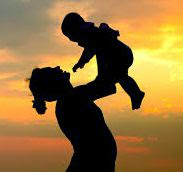 The British and American Dietetic Associations - the world's largest organizations of food and nutrition professionals deemed plant-based - vegan - diets appropriate for all stages of the life cycle, including pregnancy, lactation, infancy, childhood, adolescence, older adulthood, and for athletes.

It is easier to avoid harmful items and provide suitable nutritional food for a vegan baby and child than for one eating meat, dairy and eggs.

Vegan and vegetarian parents in Devon
Cornwall Vegan Parents
Vegan Parents UK
The Vegan Parent
Vegan Moms and Babies
Vegan Kids, Babies and Bumps
Raising vegan babies ~ A support group
Vegan Pregnancy & Parenting
Vegan Pregnancy and Parenting
Ethical Vegan Adoption, Pregnancy & Parenting
Informed vegan pregnancy and parenting
What Vegan Children Eat
Vegan Children's Books
VeganBabies
Vegan Breastfeeding Support
Breastfeeding Vegans
Children deserve to know the truth about the 'process' of 'harvesting' food before they make the decision to contribute to pain and death and destruction, poisoning themselves and their environment, before they are old enough to be informed and understand the implications we should surely help them to be as compassionate, and healthy as possible ... perhaps then they can avoid the pain and suffering of the regret of being forced to take part in self destruction, cruelty, and pollution of our earth ...
Let's protect them first, and educate them, then they can make informed decisions. Surely not many would chose to contribute to terrorism of animals, destroying their own health and poisoning the environment ...

Give them the freedom to chose when they know what the choice is, but let's not force them to contribute to the mainstream massacre!
"Excess calcium intake can interfere with iron absorption where iron deficiency is fairly common in pregnancy. As long as you are eating a diversity of whole foods with plenty of greens and berries for minerals and trace elements, sufficient omega 3 rich foods and B vitamins and taking a Vitamin D and B12 supplement." ~ Dr
Michael Klaper
"Pregnancy, Children and the Vegan Diet" 1987 book available on Amazon.
*************************