Grainwaves - coming soon!  Helping any business move away from animal products.
"Grainwaves help companies of all types - manufacturers, farmers and other businesses – both small and large - to achieve cost-effective transitions to environmentally-friendly and cruelty-free products that will be sustainable both now and in the future."

Transfarmation  - redressing the inhumane treatment of farmers. "Over the past few decades, consumers have become increasingly aware of the environmental and animal welfare concerns associated with industrialized agriculture. But most people are unaware of how inhumanely the farmers themselves are often treated." In the UK over 50 farmers commit suicide each year, many with underlying health conditions.

Refarm'd - specifically helping dairy farmers worldwide transition.
"We want to turn all dairy farms into animal sanctuaries and we need you to convince these farmers to join the movement."


The Vegan Society "Grow Green" campaign. See below for more info and links. "Our Grow Green campaign aims to change policy to tackle the problems we face with a shift towards plant protein agriculture and other sustainable forms of land management."


Surge Campaign "Milk, This is Your Moment" includes the "Info Pack" a PDF document of helpful info for animal farmers. Available via this link

Compassionate Farming Education Initiative (CFEI)  aimed more at educating consumers. "At CFEI, we aren't plant farmers or gardeners. We are vegan educators – and we are also consumers – just like you." 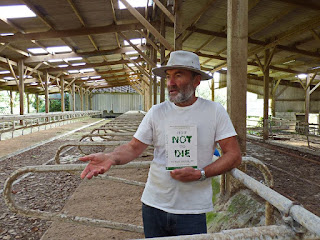 Here I stand in my abandoned dairy unit.

I grew up on my family’s dairy farm and took dairy farming for granted although I never liked it due to the smell and muck. Interestingly, I never went near any dairy farms when I lived in the US and Germany and different parts of the UK. I took over when my father retired and built the large dairy unit pictured. I gave up dairy farming 17 years ago and I’ve been vegan for 9 years.
A year ago I started eating Dr. Greger’s Daily Dozen. Whole Foods Plant-Based no Salt Sugar or Oil.
Ten years of dairy farming hell was enough with shooting male calves being the last straw. Vegan or not, dairy farming is a horrible smelly, muck covered, exhausting business. Very few successful dairy farmers milk their own cows!
BTW, I used to look around the dairy unit at 11 pm and I would often sit down with cows in their cubicle. I’d put my arm around their neck and cuddle up to them.. how lovely.. then 6 months later I would have that cow shot because she couldn’t stand after calving. I couldn’t see any hypocrisy then!!!!
I sold the cows 17 years ago and changed the farm over to arable. So I have been sitting on my abandoned dairy unit, preventing anyone else from using it.
9 years ago, with a significant birthday approaching, I went vegan for purely health reasons. As the vegan years have gone by, I have become very aware of the terrible cruelty involved in livestock farming’s mere existence. Also, as a 20 years environmental campaigner, I have been very pleased to see that livestock farming contributes 40% of greenhouse gases and thus being vegan is an essential part of environmentalism.
My veganism went up a notch when I read Dr. Michael Greger’s How Not To Die. For the last year (2017) I have been following his Daily Dozen, eating a Vegan Whole Foods, no Salt Sugar or Oil diet. This diet is amazing and has me eating 400g of pulses and 200g of greens per day among other whole foods.
___________________________________________ 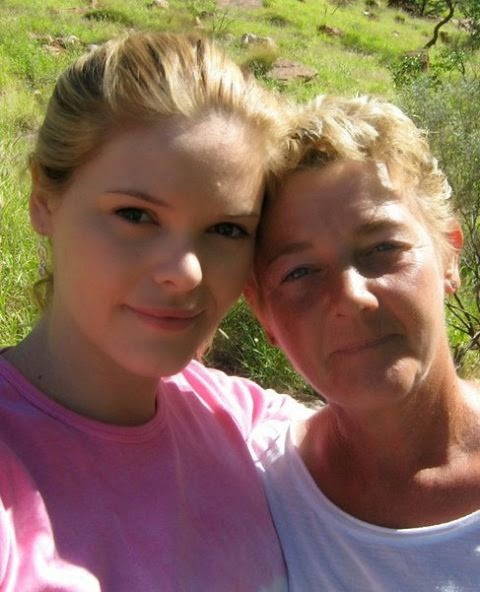 Robyn Ellercamp became a vegan in November 2010. She's gone from raising cattle for slaughter to turning her property into an animal sanctuary! Robyn, like her daughter before her, now promotes veganism.  Here is Robyn pictured with her daughter Shelley Williams. Shelley is a facebook friend of mine and sent me a short bio about her mum;

"Robyn grew up on a Dairy Farm in rural NSW. Being family-run, she often found herself working with her dad, helping milk or move the cows from paddock to paddock, and one thing she told me about cows is that they are very smart. Much cleverer than people who don't know them think they are. They would learn which paddock to walk to and walk there unsupervised only after being led there two times before. They have sharp memories and show evidence of knowing what was really going on - of what the farm did. She remembers how trusting a new mother is the first time she gives birth - she lets the farmer help deliver the baby. The first-time mothers trusted the farmer to be at the birth, at which point the farmer would remove the baby, and the mother would be confused, hurt, and grieve. She would call out and Moan and wail in grief, wander the paddocks and everywhere she could ... searching for her baby. Sometimes pregnant cows close to birth would chase the farmer away, having caught on that the calves were being taken by the trucks and after the calf was born, would often chase after the trucks, wailing.

My mum told me all of this, and still fed dairy products to me when I was young. She herself refused to drink milk, she told me that she'd seen it come out too many colours to find it appealing. She'd seen it come out blue when the cows were on antibiotics for mastitis, yellow and lumpy, or red with blood - and all of that coloured, pus-filled and bloody milk got fixed into the lot with the rest. As such, mum couldn't bring herself to drink milk as an adult.

She ate meat though. And even took male calves from her parent's dairy farm to raise for slaughter, even buying a brand new freezer to store a whole cow carcass in so she could feed us on it over the months ahead, the rest of the cattle she sold for profit. She also bought newly-hatched chicks from a local hatchery to use for eggs, and the males were raised and killed by her and her partner. My mum actively participated in the slaughter of these roosters.

But it wasn't until watching Earthlings that it clicked for her. She'd always thought she had to eat meat to survive and had been consoled by thinking that the animals she ate had a "happy" life, but at the same time, ate animals she knew came from factory farms (like McDonalds and KFC, etc). So Earthlings instilled in her the importance of "happy meat". Once she discovered there was no such thing, she began her transformation. Becoming vegan was a challenge, but she managed it within just a few months of making the decision. She even stopped eating the eggs her backyard chickens laid, and they went from being "useful commodities" to companion animals, thus her property was now a safe place for them to be - a sanctuary. As the years went by, she kept them inside her house when they were sick, and she cried when they died.

When a friend of mine wanted to purchase some cows from a farmer so they wouldn't be slaughtered, my mum volunteered to take them in - thus adding to her animal sanctuary. She let the vegan community name the cows (Justice and Mercy) and she takes care of them, gaining their trust and giving them treats of sugarcane. She really is such a changed and gentle person. It's hard to imagine her any other way now." 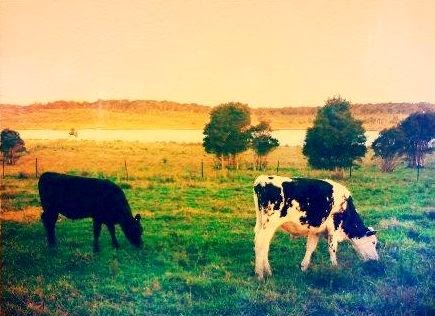 "Mad Cowboy" Howard Lyman talks about how he - as a 4th generation cattle rancher - became one of the world's leading voices against eating meat and dairy, and how he came to be sued with Oprah Winfrey by the Texas Cattlemen's Association following a talk about burgers on her show.
Interview on Go Vegan Radio. 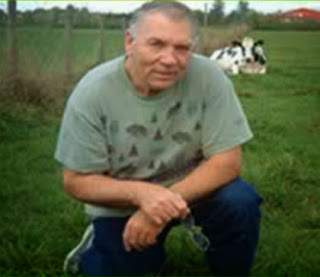 "Veganism isn't just a strict vegetarian diet; it is a complete philosophical viewpoint. It is practical in outlook, simple to understand and aspires to the highest environmental and spiritual values. I am sure it holds the key to a future lifestyle for a humane planetary guardianship..."

THE LAST PIG is a documentary (see the trailer). It is a lyrical meditation on what it means to be a sentient creature with the power to kill. Deeply immersive, the film follows a pig farmer through his final year of slaughtering pigs. Through sparse, intimate musings, the farmer reveals the growing conflict of a life spent “peddling in death.”
___________________________________________ 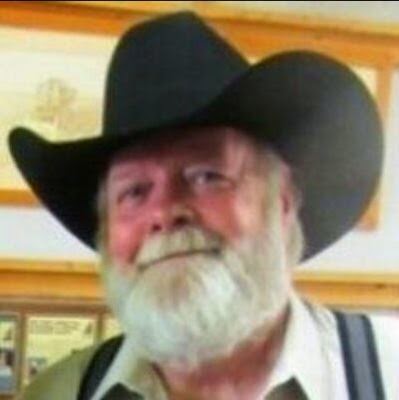 Jay Wilde ‘I couldn’t look them in the eye’: Farmer who couldn’t slaughter his cows is turning his farm vegan  https://inews.co.uk/news/long-reads/i-couldnt-look-eye-farmer-couldnt-slaughter-cows-turning-farm-vegan/

Jay Wilde with Vegan Society  A vegetarian 'beef' farmer has made the incredible gesture of donating a herd of 59 cows to a vegan sanctuary and The Vegan Society is helping him convert his farm to a vegan one.  https://www.vegansociety.com/whats-new/news/vegetarian-beef-farmer-donates-cows-sanctuary-and-starts-vegan-farm

Less common 'cos, I guess, they don't have actually do any killing are butchers gone vegan... but here's one: "As a former butcher now vegan for years I had to go to slaughterhouses for my “course work” aka indoctrination. I stand by the notion that if most people had to actually witness where their food comes from - and not just live in blind ignorance - to truly witness the fear, the screams, thrashing and blood...most people would be vegan." ~ Fraser Bayley
_________________________________________

Coming Out As Vegan - To Your Dairy Farming Family
https://www.plantbasednews.org/post/coming-out-as-vegan-to-your-dairy-farming-family

Farming. No one should have to kill to make a living.
https://goveganworld.com/living-vegan/farming/