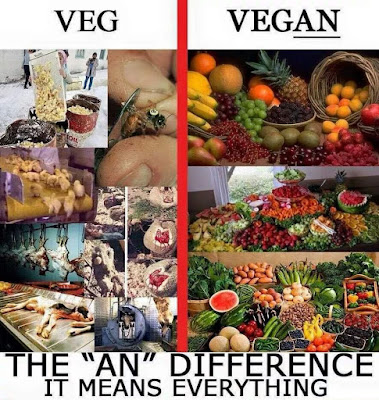 Carnism is about eating dead animals. On this page I'm detailing why veganism is a better way than vegetarianism.

Vegetarians can eat eggs, cheese, yoghurt, drink milk and anything derived from these.
Vegetarians can wear animal products like fur, leather and wool.
Vegetarianism means animals do not get slaughtered or abused for meat (aside from veal calves).

Vegans, by definition, eat no animal products at all.
Vegans also shun all forms of animal exploitation; for example - this means vegans won't wear fur, wool, silk or leather, vegans won't buy products derived via vivisection, so things like cosmetics have to carry the Vegan logo to show that they have not been tested on animals, vegans wont support zoos or circuses where animals are used, vegans wont partake in hunting or any animal "sport".
Veganism helps animals by cutting out 100% of the killing and removing the (ab)use of farmed animals. 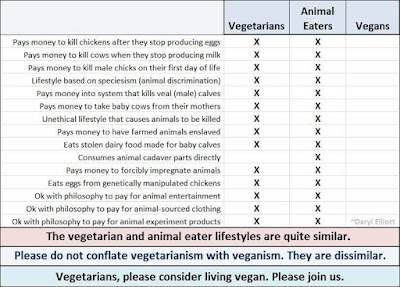 Here is the compelling evidence about why it is better to be vegan...

Better to be a vegan for the animals...
Thousands of animals, mostly baby boy cows and baby boy chicks, are abused and killed each day to satisfy the vegetarian diet. Veal is caused by vegetarianism. Veganism allows no abuse, let alone slaughter!

Better to be a vegan for the environment...
There is tons of unregulated waste from the industrial factory units that process the eggs. A dairy farm with 14,000 cows more waste than all the humans living in San Francisco. The destruction of forests for grazing dairy cattle or growing crops to feed dairy cattle is at the rate of one acre a second.

Better to be vegan for your own health...
Many ailments and illnesses are now clearly linked to diets containing animal products. This includes liquid meat (cows' milk). Take a look at websites like Forks Over Knives or read many reports on the Physicians Committee for Responsible Medicine or watch a few videos by Dr Greger on his Nutrition Facts website. Forks Over Knives and the Physicians Committee for Responsible Medicine advocate a plant-based diet. Dr Greger is a vegan and his website reflect this.

I have no qualms about promoting veganism as better...

One of the reasons that The Vegan Society came into being was because some members of The Vegetarian Society couldn't see that the practices of the dairy and egg industries were abusive to animals. Things have changed so much so that being a vegetarian is no longer enough if you care for animals. The vast industrial scale of animal production is beginning to be seen for what it is - one giant killing machine.

Billions of bouncy baby chicks are ground up alive simply because they are male and will therefore be unable to lay eggs.  I didn't know this when I was a vegetarian.  It would be nice to think that all the vegetarians who eat eggs do not know this and, being animal lovers, would be horrified and give up eating eggs and become vegan if only they knew.

I'd like to believe that vegetarians would be horrified to discover what is happening in the dairy industry and, like with eggs, if they knew they would ditch dairy and egg products immediately and become vegan. In fact I've yet to find a vegan who was vegetarian that isn't horrified at what they used to condone.

It is now abundantly clear that the cows and chickens that provide cheese, milk and eggs are very cruelly treated and sent to a very early death, usually in the massive industrial-scale factory farms. This isn't even necessary - we don't need to eat any animals or eggs or any dairy products (cheese, yogurt and milk) to have a healthy life - in fact these ideas (that meat/milk are good for health) are promoted in advertising campaigns costing billions of pounds by the industries that benefit financially should you then buy their products.

It is now also abundantly clear that a healthy life is better attained by avoiding the products of these industrial factory farms and becoming vegan. The evidence is stacking up and it is not funded by people with a vested interest (like the dairy industry; they actually used to be called the Dairy Propaganda in Sweden.

Vegetarianism is an "old technology", it has had it's day...no normal person can subscribe to the horrors of the dairy and egg industries.

Knowing what happens one simply has to be a vegan if you love animals.

Aside from the grotesque abuses the animals suffer there are three things that are totally unacceptable about the cow and chicken industry.  These are also some of the reasons why vegetarians need to become vegans if they care about animals (as I'm sure most would say they do). These are:

1. Billions or baby chicks are group up alive in a mangle, or gassed, or suffocated, simply because they are male and therefore unable to produce eggs.

2. Baby cows are removed from their mothers at birth or within a couple of days. Remember that, without having been artificially inseminated, in what the dairy industry itself calls a "rape rack", the mother cow would not, like any mother, be producing milk. This milk is then sold to humans and the baby calf is not allowed to drink it.

3. Cows are kept continually pregnant for about four to five years so that they will continually yield milk. After five years, when they are totlally exhausted and their milk yield drops, they are sent to be slaughtered. The natual lifespan of a cow is 15-25 years.

If you a vegetarian, and really dont believe how cruel the egg and dairy industries are, and need proof by seeing some of the horrors experienced by cows and other animals then watch a film called Earthlings. This is now available for free and includes music by a musician called Moby and narration by an actor called Joaquin Phoenix. Don't be put off that celebrities are involved in this film; they are both very commited vegans and not are vegans for fickle reasons like so many other celebrities today.

This movie is not the only film of animal abuse... I say that because these are not isolated incidents... I have seen dozens of these kinds of films; you can turn your stomach as often as you like by watching similar films.

Me - I've seen enough of the abuse, torture and murder.  I know now.

I'd rather watch films of beings playing and having fun and looking after each other as indeed we all should.

If you can understand the issues withoout watching any of the graphic footage and become vegan you'll spare yourself these nightmare movies.

Some people have to watch them though - to experience them for themselves. I know people who have immediately become vegan after watching Earthlings and other people who say they are scarred for life after watching the movie - of course not as scarred as the cows in the movie but scarred nevertheless.

Here's a five minute interview about this issue: https://www.youtube.com/watch?v=aYXYfrDbLbk

Cowspiracy is a documentary exposing the massive pollution caused all over the planet by the dairy (and meat) industries. Cowspiracy explains that the meat/dairy industry is the single biggest cause of pollution on the planet, causing more pollution than all forms of transport put together. The figure, in some reports, is as high as 51% of ALL pollution is due to the dairy/meat industry. 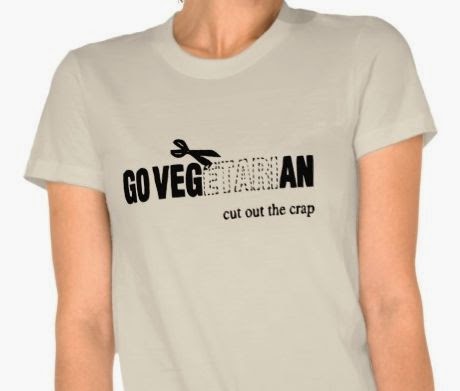 If you are currently a vegetarian, do yourself a big favour - cut out the crap - go vegan.

You'll be glad you did for so many reasons...